On the 22nd October 2015 Executive Mayor Mpho Khunou of Rustenburg afforded a really special opportunity to members of the Rustenburg Taxi Industry – 4 members of minibus taxi industry had the chance to tell their own stories to the Mayor and his guests. In keeping with the importance of the oral tradition in African culture the event had an African theme and reiterated the importance of sharing lessons through stories.
Each of the 4 story-tellers, shared deeply personal renditions that provided testimony to the perseverance, tenacity and strength of men and women in the taxi industry. Their stories told in English and Setswana were a poignant reminder of the important role the minibus taxi sector has played in mobility, in economic growth and development, in community upliftment , township economy and in providing their families and children with educational opportunities.
The evening was in stark contrast to the prevailing views often espoused widely about the role of the minibus taxi sector. Guests were given a much deeper understanding and an insight into some of the people behind the industry.
Mrs Kiki Mayaba, a former school teacher combined the personal, the professional and the spiritual in her story: “Women the Heart of the Taxi Industry”. Having been the backbone of supporting her husband, with funding from her mother, to start a taxi business – she recounted how as the business improved how their relationship changed. Sharing the deep pain of divorce and being left with nothing financially how she built her own taxi business from scratch. The audience was visibly moved by how through the pain she found forgiveness and a deep inner peace.
Mr Mpete’s : “Story of a Businessman” was the story of an amazing 81 year old who was the first chairperson of the Thlabane Taxi Association. His story was one of tenacity, visionary leadership and business savvy. A mine clerk and later former policeman, his support of his wife’s taxi business had the authorities threaten to post him to a remote location so the business would have no chance of succeeding. Faced with a choice, he decided to take the risk and become an entrepreneur. He recounted the role he played in encouraging members to consider developing value chain opportunities and the power of collectives in economic opportunity.
Mrs Elizabeth-Robinson Modiba’s : “Building Myself, My Business,My Community” had her share how life’s adversity made her find a deep inner strength. As a taxi commuter she watched closely the conditions under which people travelled and felt the need to supplement the limited supply of taxis available. Soon after starting her taxi business, her entire family were killed in a car-crash in which she was the sole-survivor and pregnant. She dug deep to find the resolve to turn the tragedy into opening heart to reach out to orphanages and other community based organisations. She also went on to build a successful taxi business with a fleet of vehicles”.
Mr Petrus Themba Skosana’s story “Codesa 1, 2 and 3” was the finale in which he narrated how having lost his mother at a very young age a neighbor introduced him to sweeping and other odd jobs at the taxi rank. From car washer, queue marshall, driver, owner, chairperson of an association and regional chairperson of the National Taxi Alliance he is truly a child of the industry. When he finally owned his own vehicles he named them Codesa 1, 2 and 3 having been inspired by the leadership of Mr Mandela and his approach to peaceful resolution of conflict. He shared his role in mediating disputes in the taxi industry and made an impassioned plea for people to understand the role the taxi industry has played in breaking the cycle of poverty in many homes.
Mayor Khunou in his response to their stories showed that he had deeply listened. Citing excerpts from each of their stories he bore testimony to the unacknowledged competencies of the industry, its role in households and communities.
“The Taxi Negotiation Forum is truly grateful to the Rustenburg Local Municipality for accepting our request to host this event,” said Mr Sebego, the chairman of the TNF. “ We think the time has come for the taxi industry to define itself and tell it’s own story rather than having our story being mediated and told by others,” he added. “The overwhelming discourse about the minibus taxi industry is negative, yet there are so many stories that are deeply inspiring and ‘Telling Taxi Stories’ reaffirmed that,” said Mr Sebego. 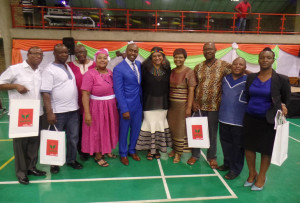 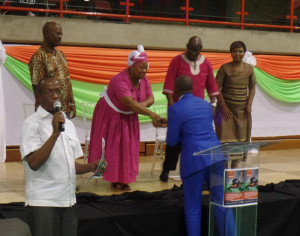 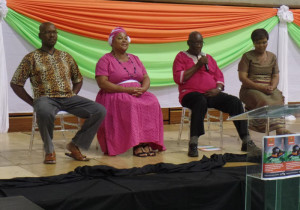 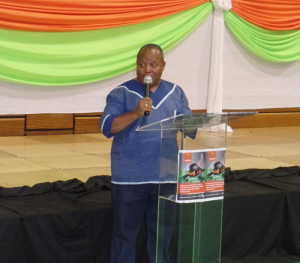 Women reach out to FOT Consulting for assistance

The South African  Network of Women in Transport (SANWIT) Tshwane Branch has approached FOT Consulting to explore the possib...

On the 22nd October 2015 Executive Mayor Mpho Khunou of Rustenburg afforded a really special opportunity to members of the Ru...